How the definition of infrastructure is changing

The question of what constitutes “infrastructure” has become one of the most hotly debated issues in the national media landscape. On Aug. 10 of this year, the Biden Administration scored a bipartisan win with the Senate approval of the $1 Trillion Infrastructure Investment and Jobs Act, but the road to ratification remains rocky as the bill now heads to the U.S. House, where it must vie for priority against a larger $3.5 billion social policy bill being prioritized by House Democrats, and a GOP faction that believes Dems are merely trying to change the traditional definition of infrastructure in order to fulfill a liberal agenda.

The $1 trillion bill is actually a truncated version of a $2.6 trillion proposal that would have included robust funding for areas not traditionally considered to be a part of national infrastructure, among them clean energy tax credits, home- and community-based care, housing, schools, research and development, and manufacturing.

Traditionally, infrastructure has been thought of as roads, bridges, ports, water systems, airports, and freight lines—what is considered to be “hard” infrastructure. However, that definition has evolved to include other economic sectors, among them “soft” forms such as broadband access, social services programs, the advent of electric and automated vehicle technology, and most recently, climate change resilience.

Unfortunately, as categorization expands, the state of U.S. infrastructure continues to decline. An estimated 20% of national roadways are in poor condition, and more than 45,000 bridges are considered to be structurally deficient, and thus in urgent need of repair or replacement. The Federal Transit Administration tags the national fiscal backlog for achieving a state of good repair for public transit systems at $85.9 billion. And during the onset and progression of the COVID-19 pandemic, which forced millions of students into a fully remote learning environment, an estimated 1 in 5 school-aged children lacked high-speed internet access.

It is clear that redefining infrastructure will have a direct impact on nearly every aspect of the U.S. socioeconomic fabric. To better understand what this redefinition involves, Stacker dug into the recently passed Infrastructure Investment and Jobs Act, as well as the debates surrounding what should be included under the infrastructure umbrella, and highlighted 10 key takeaways about how the concept of infrastructure is changing.

You may also like: History of manufacturing in America 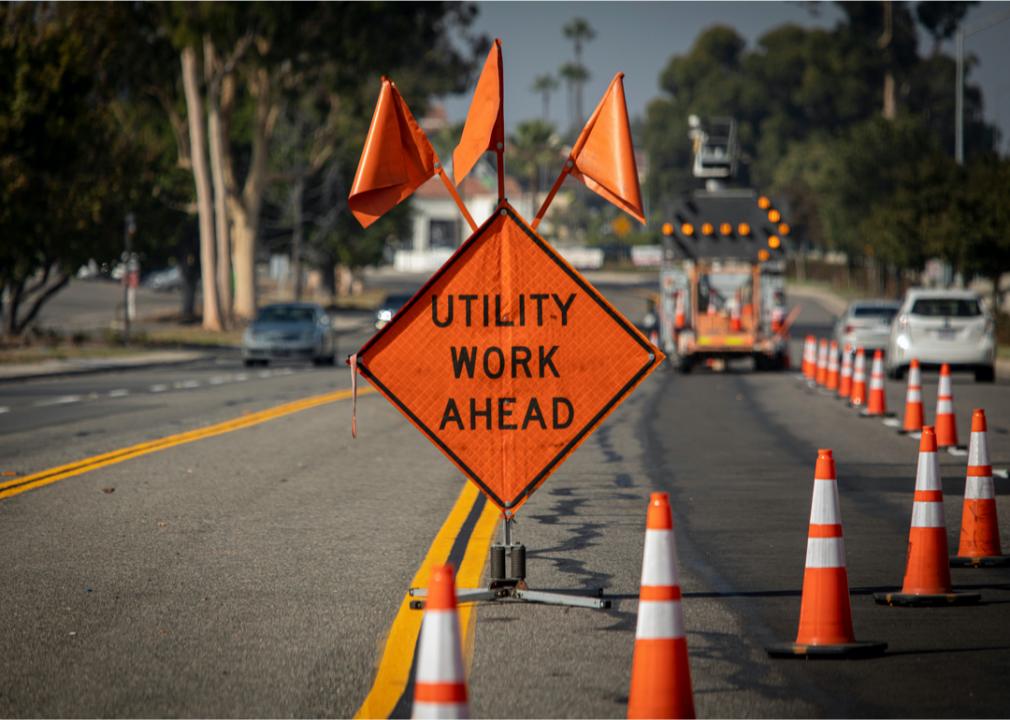 ​​Since the passage of the Federal-Aid Highway Act in 1956, which essentially created the national interstate highway system we know today, roads, bridges, freight, and public transportation such as bus systems and commuter train lines have been the primary focus of governmental attention when it comes to funding.

As recently as 2015, this trend has continued, when President Barack Obama focused his $305 billion Fixing America’s Surface Transportation Act in precisely these areas. It was the first multi-year funding package in nearly a decade, and now the Jobs Act will provide a further $312 billion. 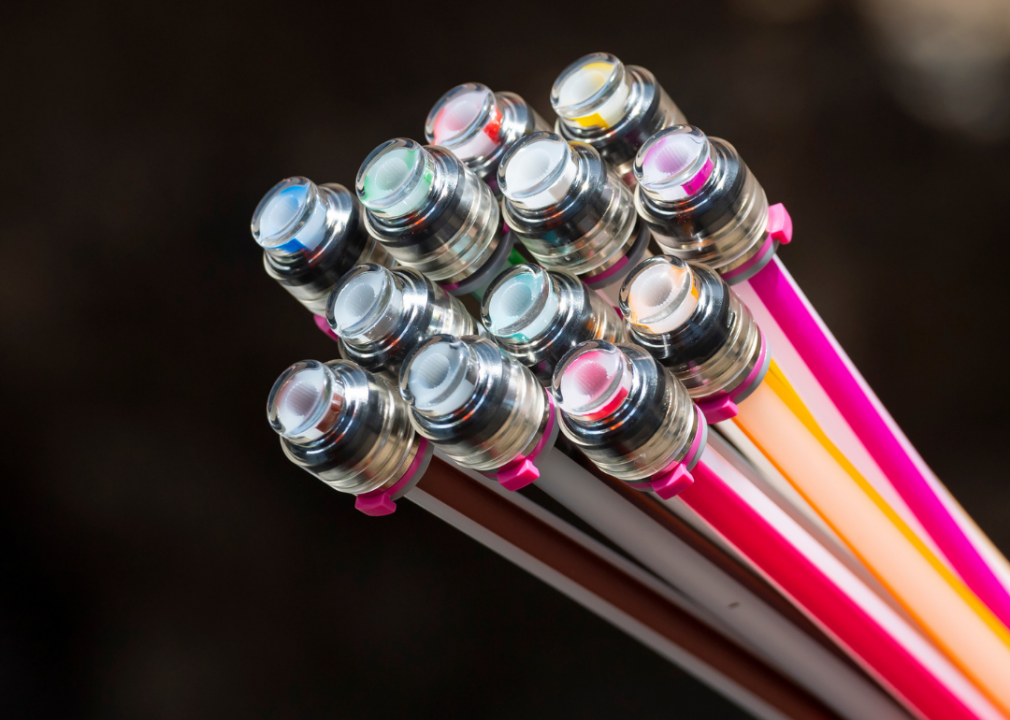 Internet access is, simply put, essential, though the relative youth of the digital age has had legislators lagging behind on their willingness to acknowledge broadband as an aspect of infrastructure. But this is increasingly no longer the case. The Jobs Act devotes $65 billion to improving national broadband access, and along with it, U.S. Sen. Patty Murray introduced the Digital Equity Act, aimed at further helping states provide equitable high-speed access to underserved communities.

Thus far in 2021, 47 states along with the District of Columbia and Puerto Rico have brought more than 650 broadband measures up for consideration, and 50 more have already been passed into law. 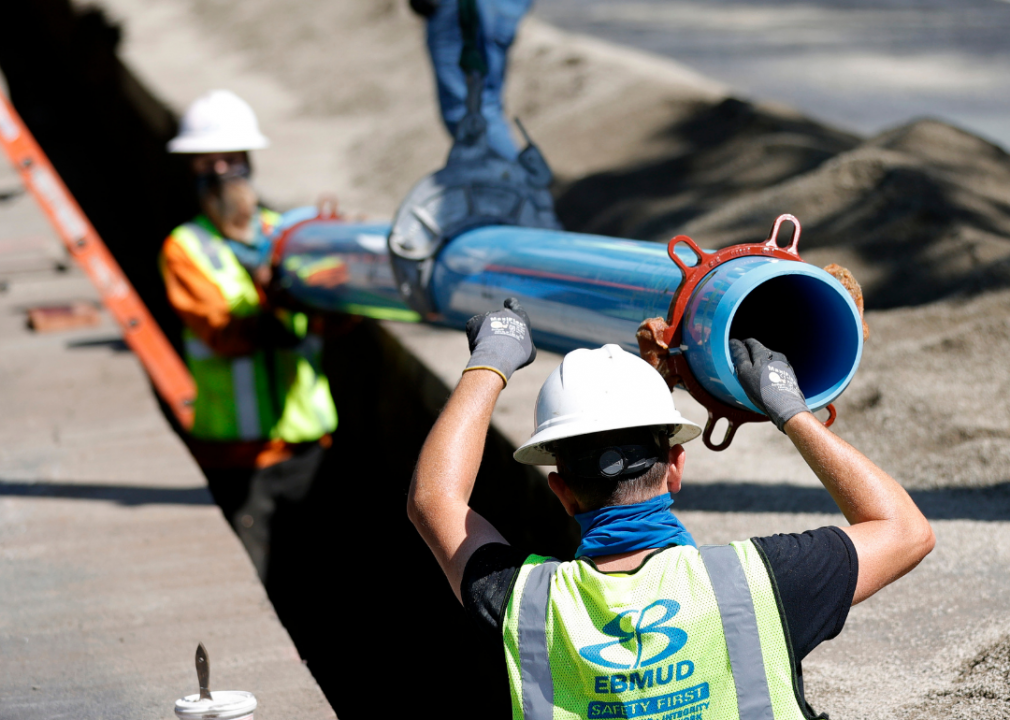 Lead water pipes have found their way into the infrastructure debate

In its 2021 Report Card for America’s Infrastructure, the American Society of Civil Engineers gave the country’s drinking water system a C-, noting that the system is antiquated and underfunded. With 2.2 million miles of underground pipe, nearly all of which is directly connected to homes, schools, and various businesses, the replacement of potentially hazardous lead pipes has moved at a snail’s pace.

However, the U.S. Environmental Protection Agency has established several funding arteries to help communities on this score, and several states have initiated lead-pipe replacement mandates, including Illinois, Michigan, and New Jersey. What’s more, the EPA has made moves toward a lead and copper ruling that could set national mandates, as well. 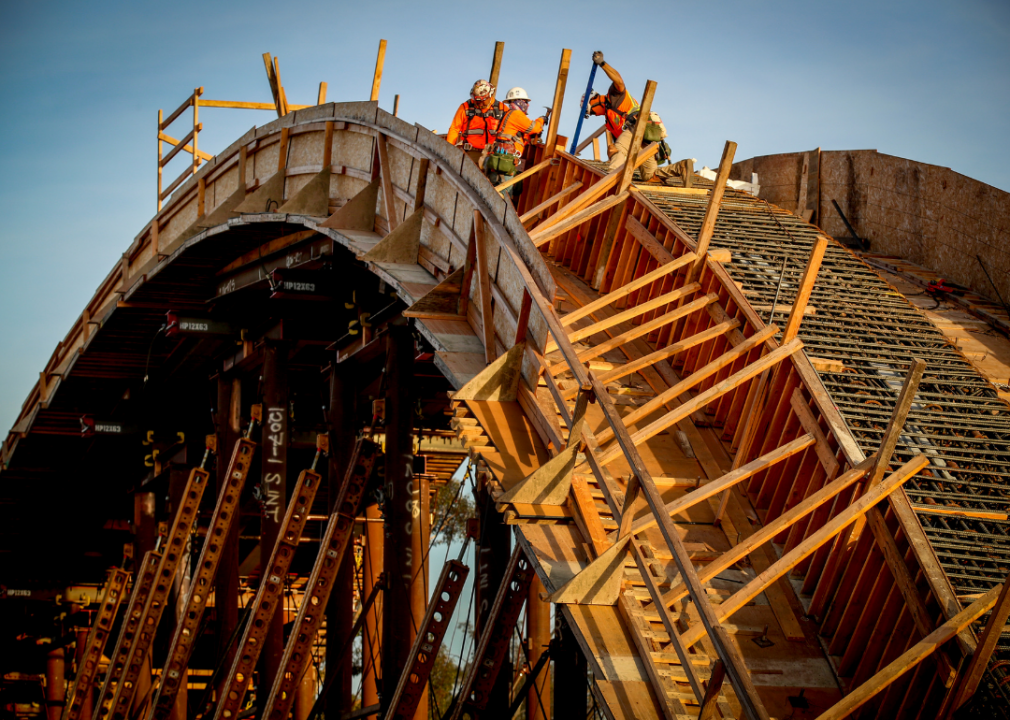 Labor unions began to form in the early 1800s as the need to protect workers’ rights and interests bloomed in the wake of the Industrial Revolution. In 2020, the U.S. Bureau of Labor Statistics put national labor union membership at 10.8%, or 14.8 million U.S. workers. The question of expanding unions has always been a sticky wicket. Labor membership dropped 2.2% in 2020, and has dropped overall nearly 10% since data was first collected in 1983, in large part the result of union-breaking efforts.

A change, however, may crest the horizon. President Joe Biden has stated he wants federally funded infrastructure programs to be built by unionized labor, declaring that America was built “by the middle class and unions built the middle class.” 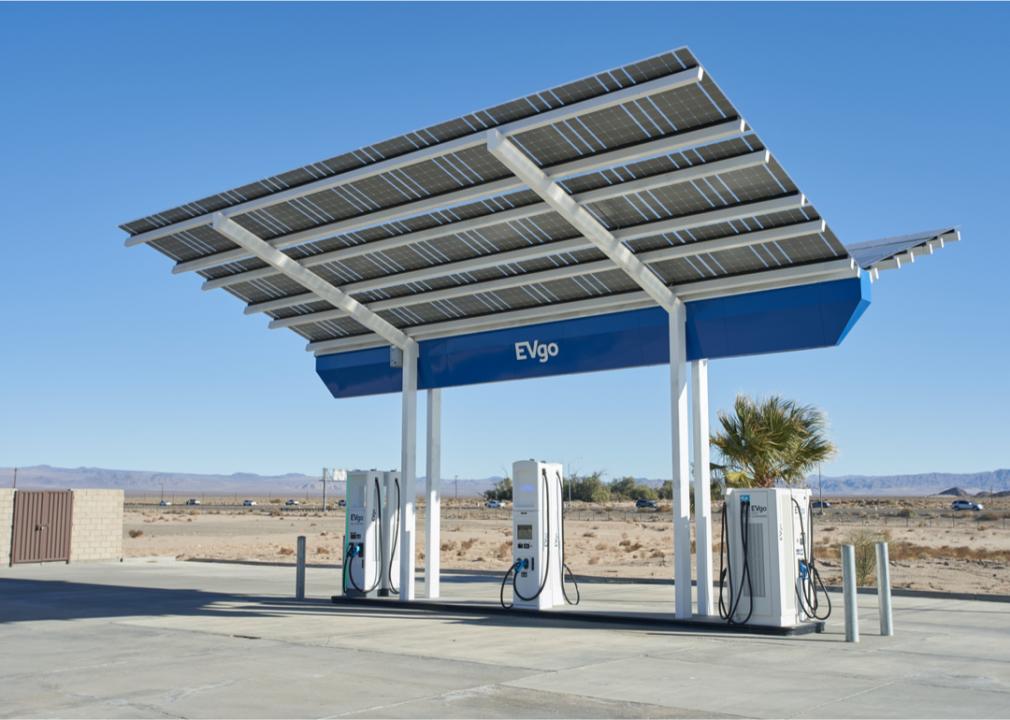 Remember when the media asked, “Who killed the electric car?” Well, a viable electric vehicle market is now reality. Companies like Tesla and Ford have gone all-in on electric, but while EV sales continue to rise, the vast charging network required to keep these vehicles going and enable cross-country EV travel remains in its infancy. At present, there are just 43,800 charging stations in the U.S.—compare that with over 136,000 gas stations.

The 2021 infrastructure bill devotes $7.5 billion to growing the EV charging network—the first such federal investment in U.S. history—and local governments and private firms are also lining up to fill the void.

You may also like: History of the supermarket industry in America 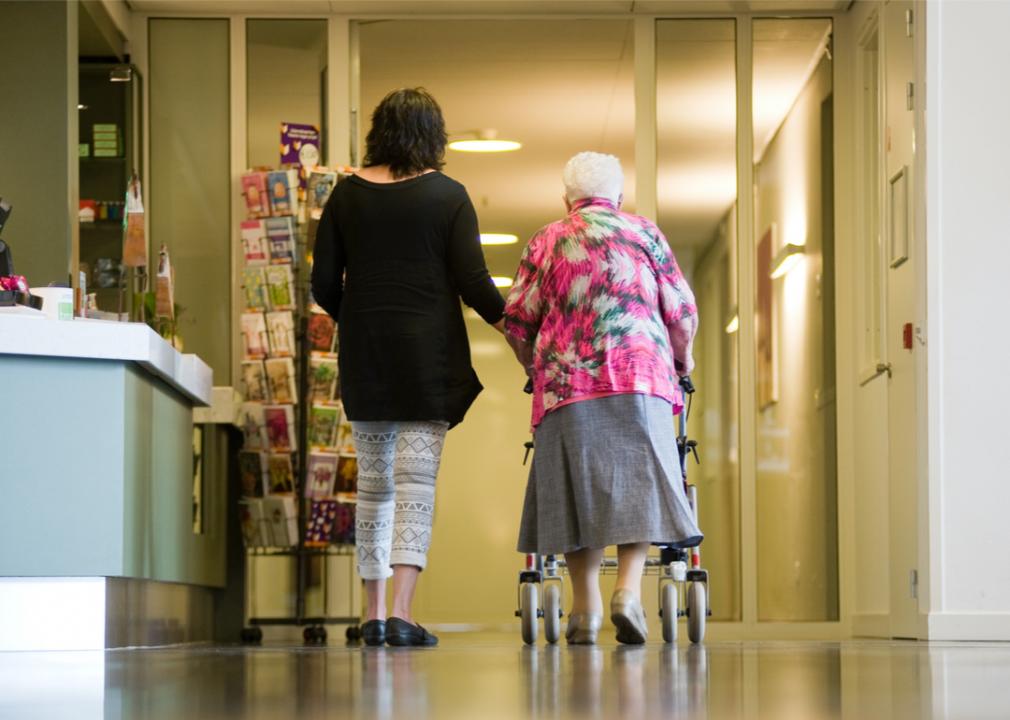 … and care for the elderly

​​There are approximately 28,900 assisted living facilities presently operating in the U.S. More than half provide mental health counseling and nursing, and nearly two-thirds engage in physical, occupational, or speech therapy, all of which are crucial to what President Biden calls “human infrastructure.”

With U.S. life expectancy averaging 79.7 years—and the U.S. Census Bureau estimating that by 2060 that number will climb to 85.6 years—the exclusion of elder and home caregiver funding from the Jobs Act has senior living advocates pinning their hopes on the Better Care Better Jobs Act as a means of bringing elder care and Medicare expansion under the umbrella of infrastructure. 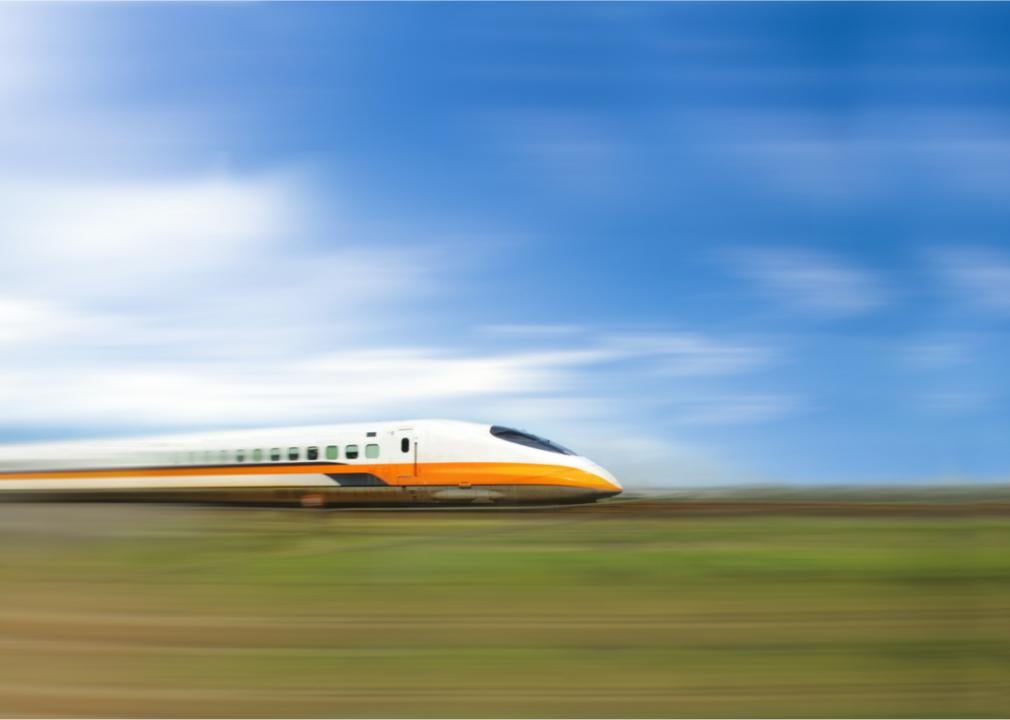 ​​Flying cars aside, many of the advances predicted in the last century for how we could travel in this century have become reality. High-speed rail projects are underway in California, Texas, and Nevada; micro-mobility systems such as scooters and fleets of electric bikes are available in many U.S. cities; and in-vehicle automation has become ubiquitous in new car and truck models.

When the U.S. House takes up its $3.5 trillion social agenda, it will also be voting on legislation to provide $10 billion for high-speed rail, and another $10 billion to improve mobility for low-income Americans. 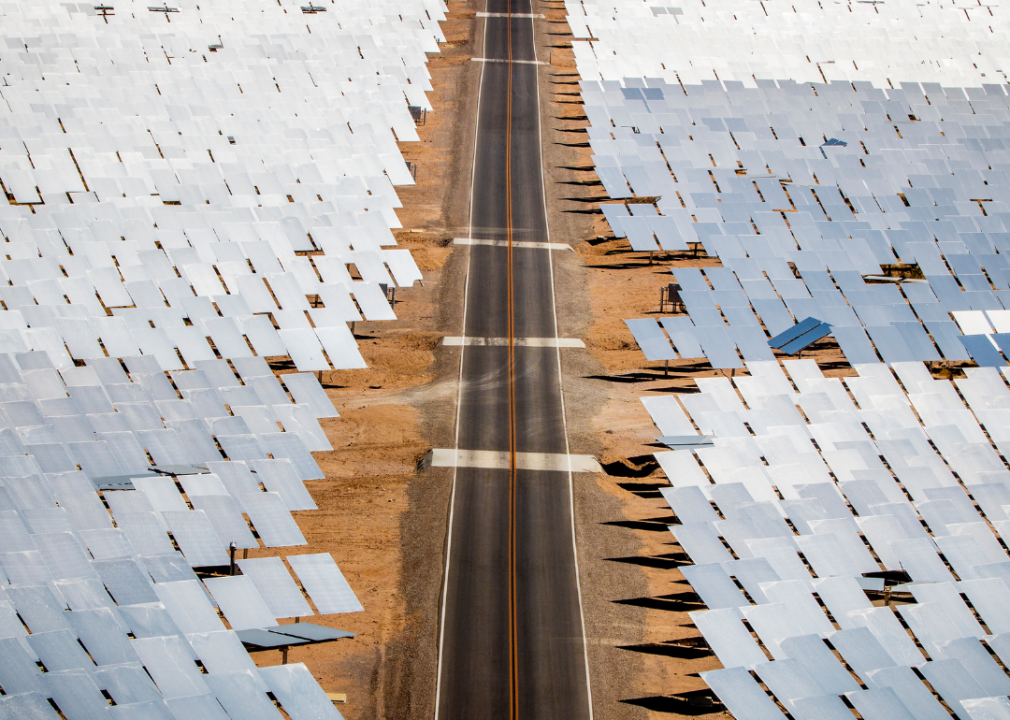 One million megawatts—that is how much electricity the national grid produces. However, in light of recent large-scale climate change-related power outages, notably the one that crippled the state of Texas, it is clear that the national grid requires modernization. The U.S. Department of Energy puts the economic cost of power outages at $70 billion annually.

The Jobs Act will provide $73 billion to upgrade the national grid and forge new investments in smart grid technologies. Moreover, climate change, which is causing higher temperatures, rising sea levels, and more intense hurricanes, is now widely recognized as one of the largest impacts on infrastructure resilience. As such, $47 billion from the Jobs Act will go toward improving infrastructure resilience in the form of flood control measures, protecting coastal lands, and fighting against drought and wildfires. 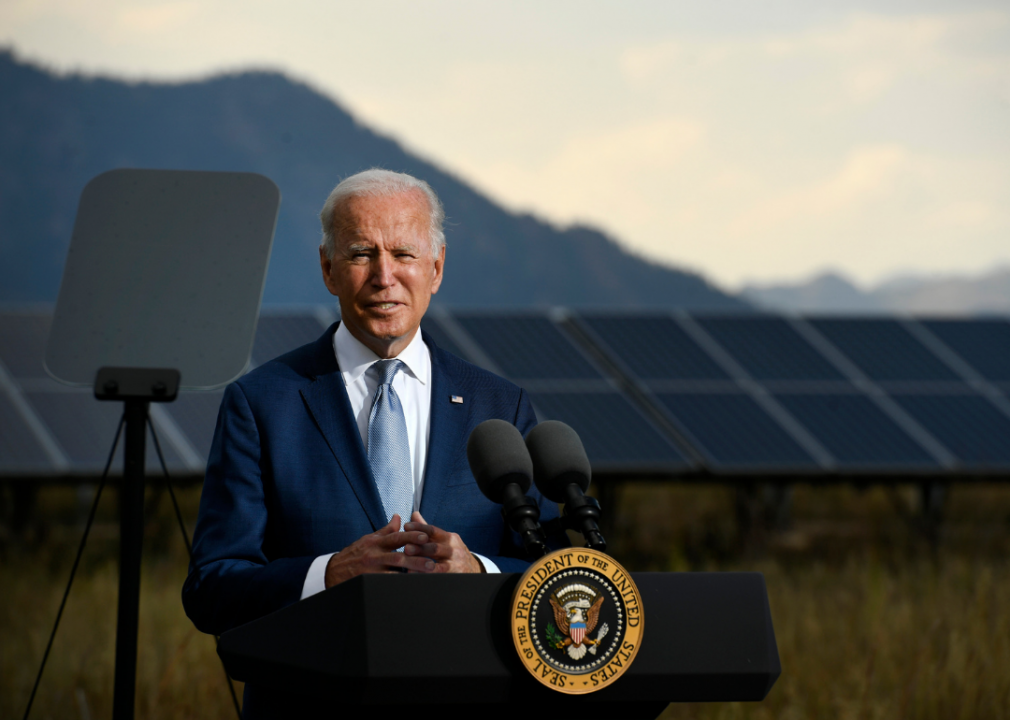 While the White House insists the Jobs Act will pay for itself through a combination of redirected emergency relief funds, targeted corporate user fees, a crackdown on cryptocurrencies, and revenue generated from higher economic growth that will result from the plan, not everyone is convinced. The nonpartisan Committee for a Responsible Federal Budget finds that the White House appears to overstate savings or count savings that have already occurred, finding a shortfall of nearly $300 billion.

Republican leaders have also been vocal in their skepticism, with U.S. Sen. Ben Sasse saying the bill “continues to spend money our country doesn’t have—and contrary to lots of Enron-style accounting claims, no, it won’t pay for itself.”

[Pictured: President Biden makes remarks during a press conference on the grounds of National Renewable Energy Laboratory on Sept. 14, 2021 in Arvada, Colorado.] 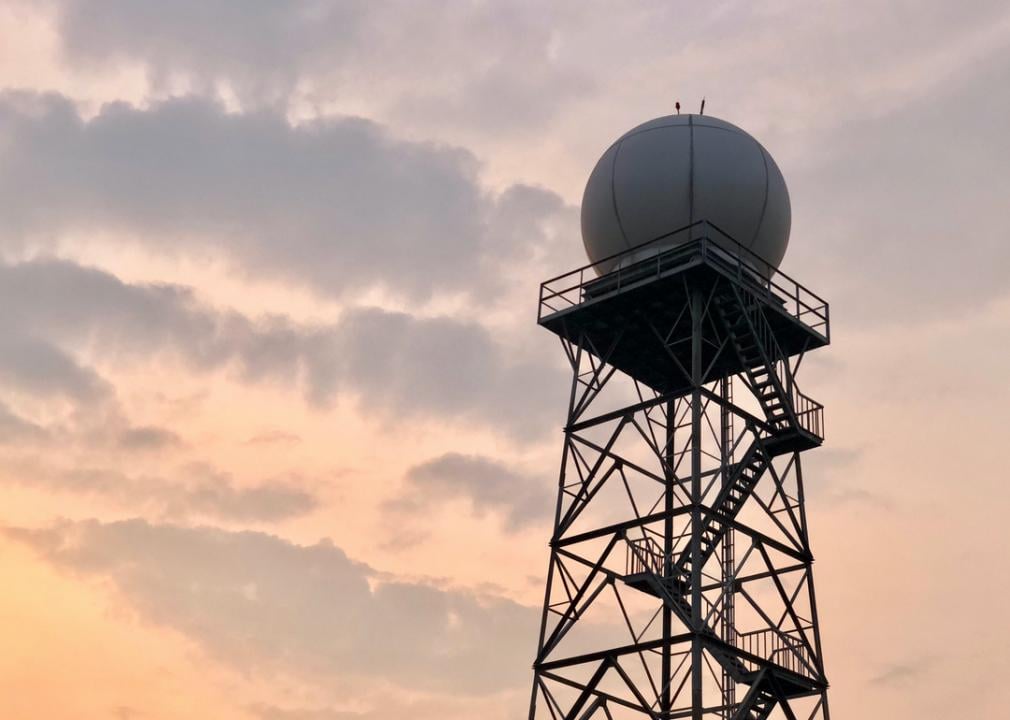 As climate change causes more intense weather events and with more frequency, the weather data systems that track, analyze, and predict climate patterns are being recognized as a crucial part of national infrastructure.

In a 2017 white paper, the Open Data Institute concluded that weather and climate data are crucial to the sustainability of infrastructure because they reduce the risk of weather-related disasters, create systemic resilience against climate change effects, and drive growth across many economic sectors. The study also noted that weather forecasting, often featured on the evening news, offers a $31.5 billion value to the U.S. economy.

You may also like: Major laws that changed the workplace over the last 100 years