What are great books to read when you are motivated to start a business?

You are here:
Blog 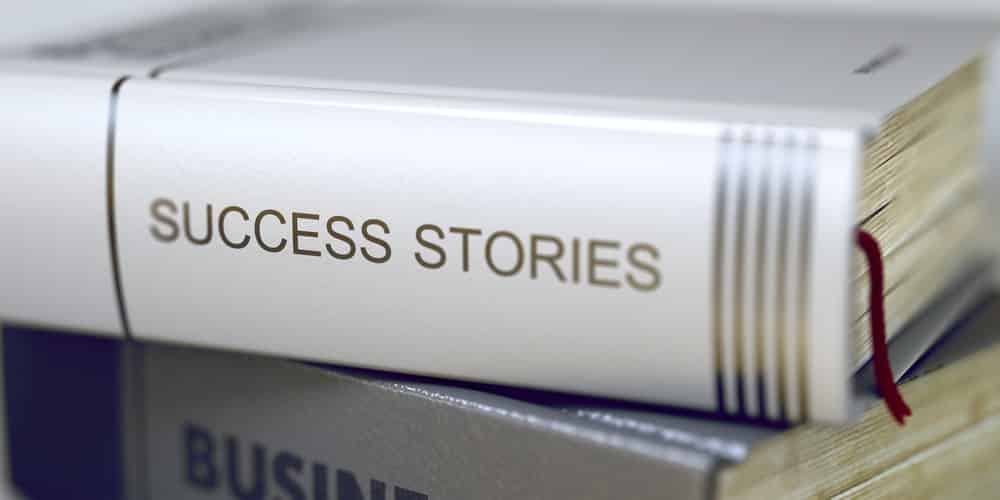 Disclosure: There are some affiliate links below and we may receive commissions for purchases made through links in this post, but these are all products we highly recommend. We won’t put anything on this page that we haven’t verified and/or personally used.

I caught the entrepreneur bug when I was in my early 20’s and been obsessed ever since. There are so many books out there about other successful entrepreneurial journeys, which are truly fascinating, but which books really work and get you on the path to success? Some books are just entertaining and there are books that get you thinking and give you a flame under your butt to make it happen.

I was never really a fan of reading books to begin but I became a fan of audiobooks quickly. This was very convenient because I drive a lot. I take my daughter to daycare and it’s easy to listen to an audiobook. The first audiobook that I read was Rich Dad Poor Dad, by Robert Kyosaki. This book got me hooked on audiobooks and motivated me to start a business. Robert Kyosaki talks about his life journey to financial freedom, it was entertaining had a lot of great reviews, but I wanted more from it and it didn’t really give me a kick in the ass to actually execute a game plan.

I kept doing research looking for my next audiobook journey and after reading a whole lot of books a friend told me about a book called The 10x Rule, by Grant Cardone. I gave it a try and right away I was blown away by this guy’s determination and work ethic that I listened to the book two more times in a row. If you are a salesperson and you make 50 calls a day why don’t you 10x your effort to make 500 calls a day? After each call send an email, connect on LinkedIn, and so on. With this strategy, you are guaranteed to get results. I am not saying you will get sales but you will get responses that lead to sales. I tried this approach and it worked and continued to do so. You have to build traction. I left a voicemail if I didn’t get anybody on the phone, after a while prospects start calling you back that you called weeks earlier. I even started calling at odd hours just to leave voicemails but only to businesses because you can’t call consumers at certain times because of regulations. I always had an amazing work ethic; this just bumped my work ethic up. The 10x Rule is truly a game-changer if you are looking to maximize your results.

Another book that I read was also by Grant Cardone called Be Obsessed Or Be Average. This time Grant Cardone talks about his early life and journey from being a drug addict to being ultra-successful. The ups and downs of when he started his business from scratch. Cardone talks about the struggle he had when he first got started and wanted to quit before really seeing results. If you work hard enough and stick with it the results can come. I was blown away by how entertaining this book was and when Grant Cardone narrates, he just pumps you up. There was not one dull moment while I was reading this unbelievable book. Another rule that I learned about reading books about successful entrepreneurs is to keep what you learned to yourself. There are so many haters out there that don’t want their friends to become successful and I don’t know why. Learn a lot and say little while you are implementing the strategies to your game plan for financial freedom.

After I read Be Obsessed Or Be Average, I wanted to read about a big corporation that started from the bottom. The book that I chose was Built From Scratch, The Home Depot Story, by Bernie Marcus, Arthur Blank, and Ken Langone. It is about how they started this journey from the bottom up. Bernie Marcus and Arthur Blank worked for the same company called Handy Dan. Bernie ran the company while Arthur was a financial officer. Both Bernie and Arthur were fired from the company during a very dark time in US history around 1978. Bernie had a vision of a hardware superstore that was before its time. He kept that vision in his head until he met financier Ken Langone. Ken Langone became really close with Bernie Marcus and when Bernie told Ken that he was terminated from Handy Dan’s, Ken said to Bernie that you just got your golden ticket. Ken said to Bernie, let’s start that hardware superstore that you told me about, and the rest was history. It didn’t happen overnight but Home Depot became one of the most successful companies in American history. There are people that started out at home depot pushing shopping carts around the parking lot that became multimillionaires. That’s the American dream. What a book! I highly recommend you purchase the audiobook. I was always a fan of Ken Langone because you can tell he’s a great guy and smart.

While looking for my next audiobook, I wanted something that was similar to Built From Scratch, and I came across the book I Love Capitalism, by you guessed it, Ken Langone. This is an audio biography about Ken Langone’s life and values. I would have to say this is the best book I have ever read. I couldn’t stop listening to it. All the deals that Ken was involved with over the course of his career were magical. At an early age, Ken Langone was a hard worker growing up in Long Island, NY. In the early 1960’s Ken had a decent job but wanted more and really wanted to give Wall Street a shot. At the time it was tough to get a job on Wall Street and Ken’s father-in-law said you are making good money at your current job and you have a family to support. Ken didn’t listen and went to Wall Street. After getting turned down at multiple different firms, Ken landed a job and the rest was history. All the deals this guy put together and negotiated were crazy. Ken Langone is definitely legendary on Wall Street. These are audiobooks that I read that blew me away and I think they will blow you away too. Give them a shot you will be glad that you did.

Recent Articles
FROM OUR GALLERY